How a Female Veteran Became a Wal-Mart Exec 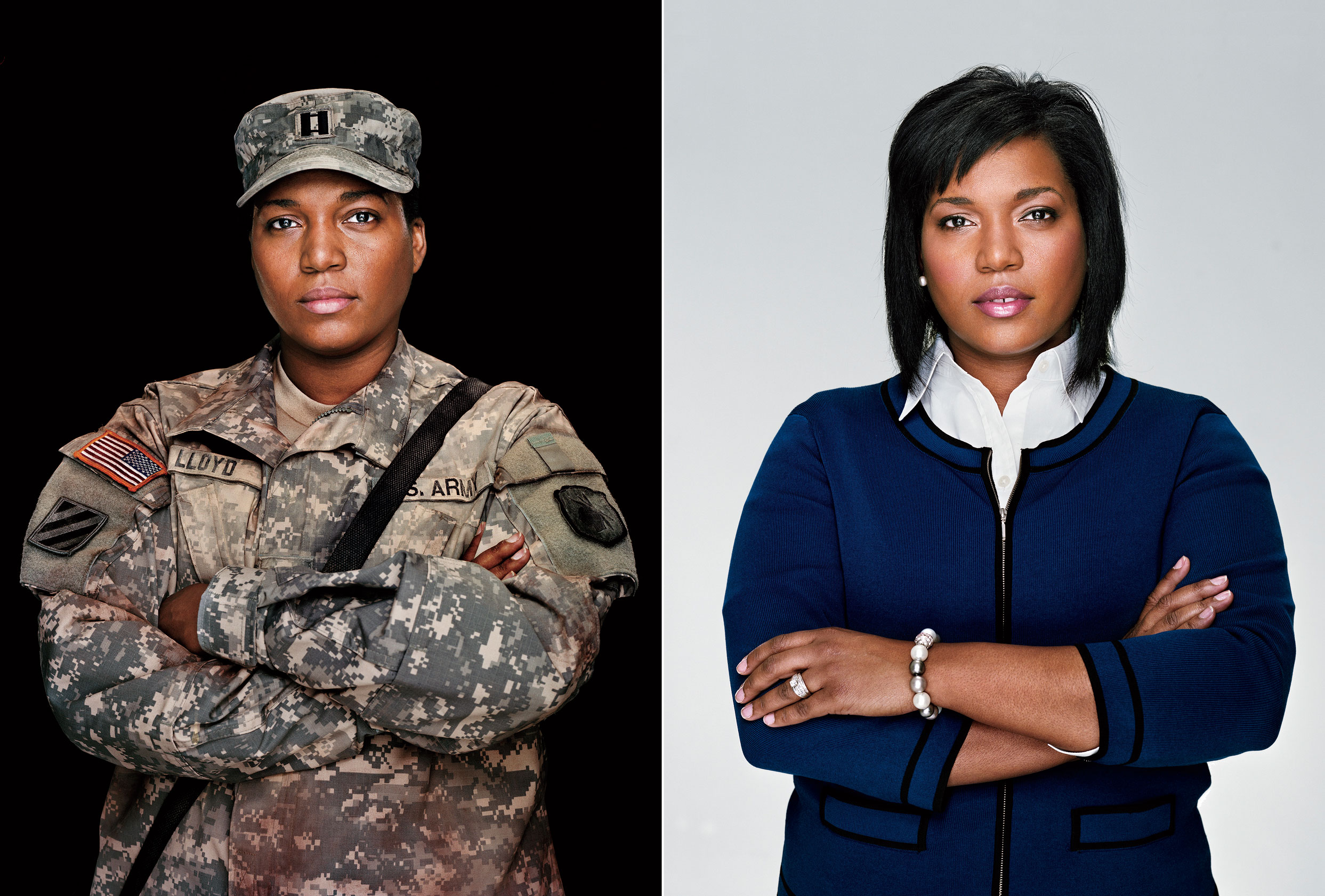 In 2008, Tracey Lloyd returned from a tour of duty in Iraq. Soon after, she was one of thousands of veterans to accept jobs at Wal-Mart. Entering as manager of a supercenter in Pal Coast, Fla., Lloyd is now a market manager responsible for the retail giant’s expansion into smaller stores. Since Wal-Mart (wal, -1.91%) announced its initiative in 2013 to hire 100,000 vets in five years, the company has recruited 68,000 vets like Lloyd to work for them and has promoted more than 5,000.

Her time serving her country as a communications systems manager for a battalion in Iraq was critical to her ability to move up the corporate ladder, she says.

“Think about how often something goes wrong with the computer in your office,” she told Fortune in 2010 for a cover story written by international editor Brian O’Keefe about veterans in the workforce. “Now imagine that it’s 120 degrees and you’re getting bombed all the time.”

Four years since taking over Fortune’s cover, we checked in with Lloyd to hear about her experiences at Wal-Mart and get her thoughts on the current state of female veterans in America. The 35-year-old reminds us that although the female veteran unemployment rate was twice that of men in October, there are still several success stories out there.

When you were on our cover in 2010, you were a Wal-Mart store manager. What are you doing now?
Now I am a market manager for Wal-Mart. We actually have a newer format called the neighborhood market. They are smaller super markets and that is where the future of the company lies. I was recently asked to lead our small formats as we expand in the Atlanta area. I have nine stores that I manage and it is a really great opportunity.

I understand that Rosalind Brewer, the president and CEO of Sam’s Club, mentored you. How has she developed you as a leader?
Absolutely. She has helped me develop as a businesswoman and build my business acumen. As a woman, she has taught me how to effectively reach both genders and lead. Coming from the military, I thought I needed to be one of the guys. She really embodies how important it is to really be yourself and to bring your whole self to work. She has really helped me understand that. She has been an open book about what she could have done differently.

How is your relationship with Rosalind different than the relationships you had in the military?
She coaches me on a personal side, helping me with things like having kids. I wanted to know exactly when it was a great time to have kids, and she told me that there is never a good time. She told me not to be afraid. Now I have two beautiful girls, a three year-old Michele and a 21-month-old named Laila, and I’m so glad I didn’t wait any longer. You should have mentors of all types. Being in the military, I only had male mentors. [Brewer] is such a strong leader and she is very personal.

How did your experience in Iraq prepare you for corporate America?
When I was in the military, I was leading soldiers that have been in the Army longer than I have been alive. One of my old sergeants said to me, “Just understand that I have combat boots in my closest that are older than you.” That really helped to shape my leadership style. Yes, I am in charge. But there is a level of deference that I have to give people for their time and service. When I am in charge, there is a level of humility. I have taken that to Wal-Mart because I am a junior executive and I am younger than a majority of the people that I lead. People know I am in charge. I don’t need to go around beating my chest.

Do you think that humility that you learned while in active duty is something that is missing from the millennial generation?
I believe that as millennials mature in their career, humility is something that they will get and understand and grow into strong leadership. It isn’t inherent by our generation at all.
That said, if you think about the millennials who have gone to West Point recently, everyone that came into my junior year knew they were signing up for war. That is a pretty selfless act. We have had record numbers of females coming into West Point as well.

Why do you think the unemployment rate among female veterans is twice that of civilian women?
Being over in Iraq, mentally it is tough digesting everything. I am not going to say that women couldn’t cut it and that the war was too much for us. I am among a growing group of women who were doing amazing things side by side their male counterparts. I think this is just the first time this many women were exposed to the front line. If you are in war now, you are fair game, so to speak. We were exposed to the higher level of dangers more than any other time in history. So that is why that [unemployment] number is really standing out.

What are some trends within the military that you think are positive for women?
Soon after I graduated from West Point, I remember going back and sitting in the stands and hearing some guys say that there were no women at West Point. I thought, “Really? How can they think that. Of course there are females at West Point!” Things are different now. More women are being considered for CEO jobs and they are opening up areas of the military that were previously closed to women. When you look at in terms of post-secondary education, you see how high the level of achievement is for women over our male counterparts. I feel that we are really hitting our stride where doors are being opened. You have the Ursula Burns [CEO of Xerox (xrx, -0.50%) ] and the Rosalind Brewers of the world that are opening these doors and doing such phenomenal jobs that my generation is coming through after them and getting a seat at the table. You see this in the military as well. We are not trying to be the men, but it is great to see the change that we are seeing.

To subscribe to Caroline Fairchild’s daily newsletter on the world’s most powerful women, go to www.getbroadsheet.com.